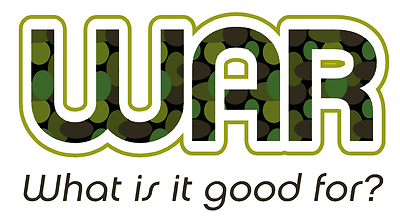 This is why I oppose war and militarism. I believe that we need to move beyond the old paradigm of competition and conflict and toward a new paradigm of international cooperation and coexistence. The horrific health and economic crises we are currently facing clearly demonstrate that it is time to shift our priorities from the destructive forces of militarism in order to address the needs of people and the planet.

As I indicated, the pandemic is just one of the three great threats facing humankind. The others are climate change and war, either deliberately or inadvertently escalating into nuclear war. No other threat is close to these three, yet some nations are still focusing on cold war era doctrine that prevent us from dealing with the real existential threats. Our leaders are stuck in an old and antiquated paradigm. We are essentially moving deck chairs around on the Titanic. Meanwhile, The Bulletin of Atomic Scientists (https://thebulletin.org/) has moved the Doomsday Clock to 100 seconds till midnight as a result of the real threats, the closest since its creation in 1954 (including the Cuban Missile Crisis). While these threats loom over us all, Congress just passed a $740 billion annual discretionary budget for the Pentagon which doesn’t address the real threats and, in fact, moves us in the wrong direction. Our attention, our creativity, our innovation, and our precious resources are needed to deal with the real threats to our survival and prosperity. For this to happen, we must fervently pursue peace.

The answer to the question, as Edwin Starr indicated in 1970, is that war is good for absolutely nothing.