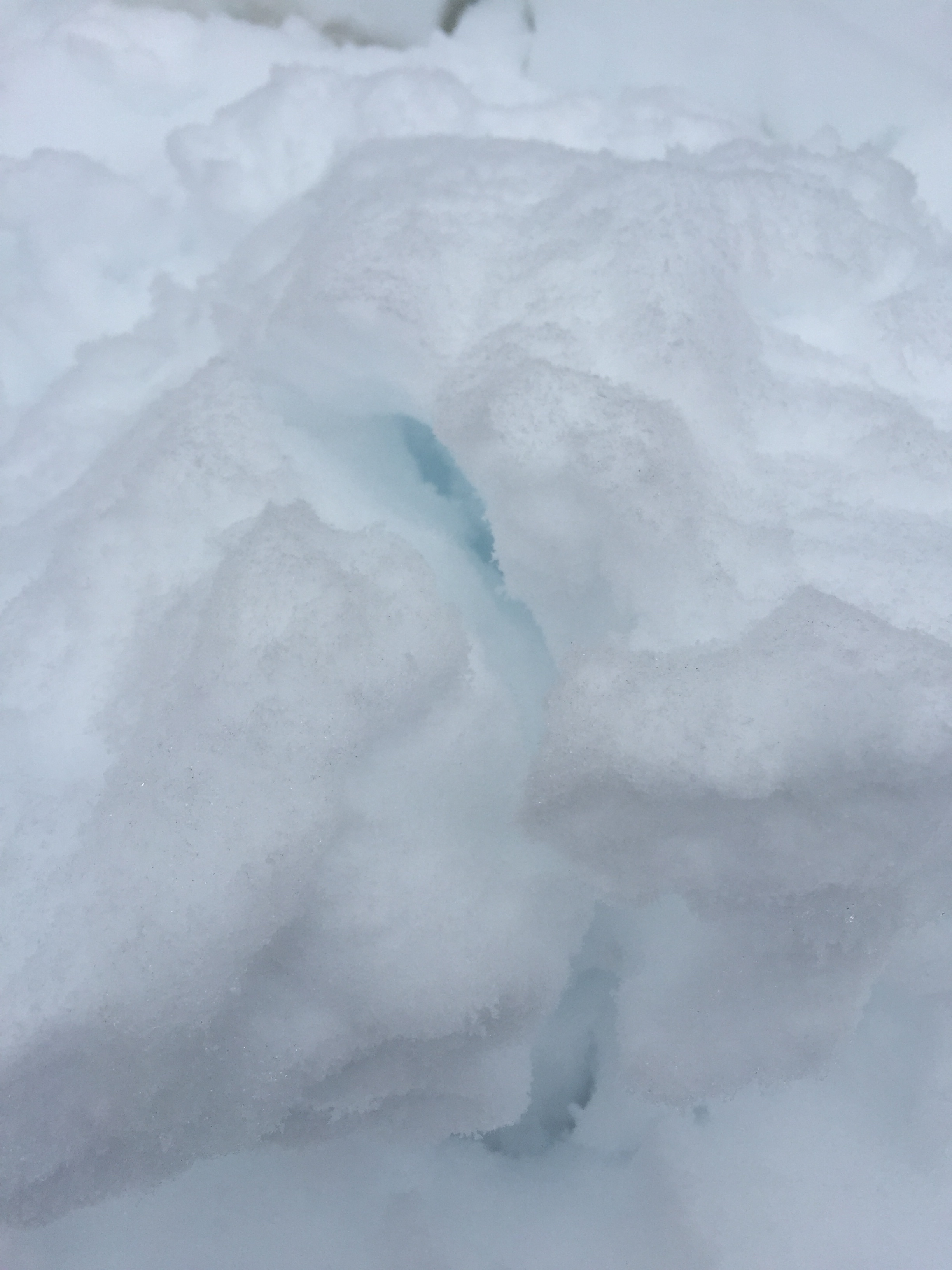 One of the things I am is an engineer. Not exactly sure how that came to be, but I have a degree with my name on it for proof. I really don’t have a passion for engineering. Never did. If I had to provide a one word explanation as to how I came to be an engineer, I would say “happenstance”. Growing up I did ok in school, I can’t say school ever really turned me on either. It was, for the most part, something that you had to do and was “good” for you…kind of like a bad tasting medicine.  In my entire 17 year school career, I can say that I had 2 great teachers. I had plenty of smart teachers and I had several teachers who seemed to really enjoy teaching, but these two men had the magical combination of knowing and loving their subject matter as well as a passion and ability to convey their knowledge in a way that reached its  intended recipients. In addition, and perhaps most importantly, they seemed to truly care about their students.

The first teacher was Mr. Ward, my 7th grade science teacher and the other was Mr. Lapenta who I had the pleasure of learning from for 2 years in High School in what was called Technical Electricity. Mr. Ward tapped into my great interest in science and how things work. I still remember the petri dish experiments! I also remember he demonstrated the likely cause of Jesus’ death on the cross was asphyxiation by having four of us hold a kid up by his or her arms (only for a little while, not up until death). Fascinating stuff for a 12 year old! As for Mr. Lapenta, there are a relatively small group of people in this world who have shaped me so greatly. I haven’t met too many people as passionate, as caring, as smart, and as eloquent. Mr. Lapenta was a teacher, a coach, and a mentor.

So regarding happenstance. I went to school in Yonkers, N.Y. in the 60’s and 70’s. In 1973 when I was ready for high school, many of the schools were struggling, very similar to the New York City school system of the era. One of the shinier stars in the Yonkers school system at the time was Saunders Trade and Technical High School. My parents thought that it would be better for my brother and I to go there. It was free, but you had to pass an entrance exam. Interestingly, Mom and Dad paid to send my little sister, Suzanne to Sacred Heart Catholic High School. Parents tend to protect their little girls and I guess sending their little baby down to south Yonkers for an education seemed a little dicey to them. This explains how I ended up in Saunders. As for Technical Electricity? I’m not sure. I had to choose something, so that’s what I chose…without any research or much thought. And once I had that under my belt, it just felt like a logical choice to continue as an Electrical Engineer in college. So it feels more like it just happened to me as opposed to a series of conscious and deliberate choices. It worked out, I guess.  Over my career, I did gravitate to things I was passionate about, specifically, creating and building strong teams that could accomplish great things together. Occupations that I could have seen myself in are astronomer, anthropologist, or psychologist.

Have you ever thought about what you’d be or do if you weren’t being or doing the things you are currently? I think being in a job that we are passionate about AND that pays the bills is the ideal situation. Sometimes we have to choose between our passion and financial security. It seems to me that very often in this society we opt for paying the bills and drift away from our passions.  Perhaps a middle ground is to support yourself in work and pursue passions outside work. These are decisions that each of us needs to make ourselves.

The curiosity I had as a child showed up the other day while I was shoveling snow and I wanted to share it with you. I’m not sure if you’ve ever noticed this, but almost every time I took a shovel full of snow and threw it to the side, the area where the impact occurred had a blue hue to it. The snow was a heavier, wetter snow…the kind that’s good for making snowballs. Here’s  a picture of what I’m talking about:

I might have dismissed it if it only happened once, but it occurred almost every time. The color was so beautiful and it stood out so distinctly in the sea of white that surrounded me. Although I’ve not seen one in person, it reminded me of the blue ice I’ve seen in photos of glaciers. I tied these two occurrences together and hypothesized that the common denominator relating the blue in my snow piles and the blue in the glaciers was pressure. The impact of the snow compressed it to a point where the faintest color of blue was visible. Obviously the far greater pressures that occur over millennia result in the far deeper hue within glaciers. I wondered why when I applied pressure to form a snowball, it stayed white, no matter how hard I squeezed. I surmised that the answer to this question had to be that I wasn’t applying enough pressure with my hands.

There was only one way to find out! As I mentioned in my last post, I have 80 hours or so of found time each week since I retired. When I was working, I often found that I was so busy between work and life that I did not take the time to investigate things that my curiosity drew me to. That constraint has been removed!

First, I purchased a high pressure vessel that I rigged to use a combination of hydraulic and mechanical forces on the snow. This device could apply nearly 6000 psi of pressure to whatever was inside it. I put a ball of snow in the vessel, sealed it tight and (after a number of false starts which I won’t go into) cranked up the pressure. I watched the gauge rise to 2000 psi and removed the ice. Although it was as hard as the rock I used to hit my brother, Mike in the head with when we were teenagers (that’s another story), it maintained its white color. See below… 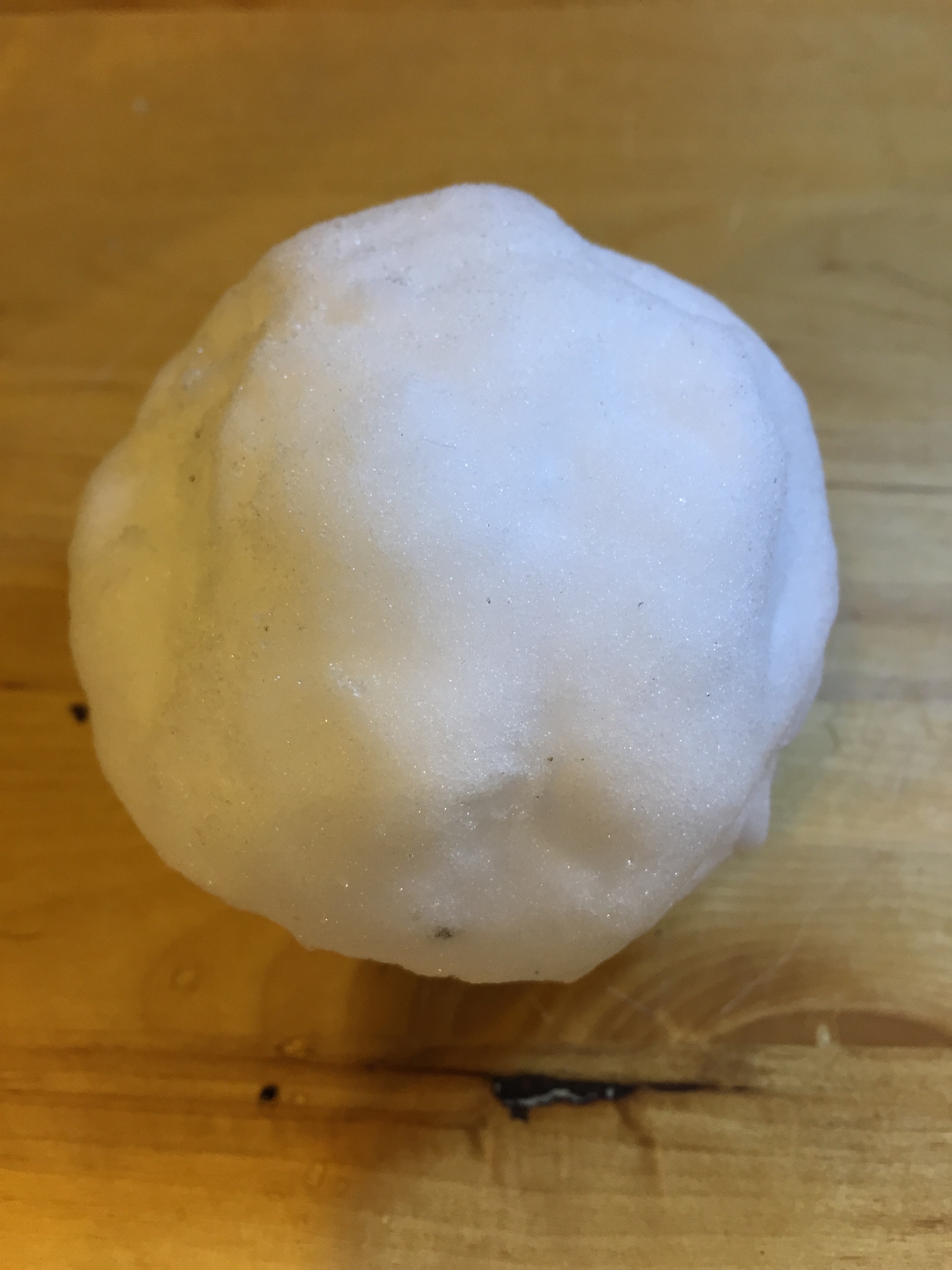 I then repeated the experiment bringing the pressure up in 500 psi increments, up to 5ooo psi. The noise of the compressor equipment filled the house and I imagine the neighborhood. I conducted these experiments in the garage just in case something let go. As high as I took the pressure, the ice ball stayed white in color. So I deduced there had to be some other variable that was occurring in the glacier and in the snow pile that I wasn’t recreating with my equipment. After thinking for a while on what it could be (some of you are probably already ahead of me), I speculated that the missing ingredient is atmosphere….that it is the oxygen/nitrogen (primarily) combination of the earth’s atmosphere that, when trapped in the snow, will create the blue color.  My device was essentially squeezing the atmosphere out of the ice.

So I reworked my equipment to add a variable supply of oxygen and nitrogen to the set up. This was a bit of a project! But once set up with the tanks, hoses, compressors, etc., I was able to inject different combinations of nitrogen and oxygen to the pressurized snow. The results were amazing. From the very first attempt, I got a beautiful shade of blue! Then by varying the concentrations of nitrogen and oxygen, I could change the color to lighter or deeper shades of blue! Not sure about you, but I think these things are beautiful! My own little glaciers without leaving home! 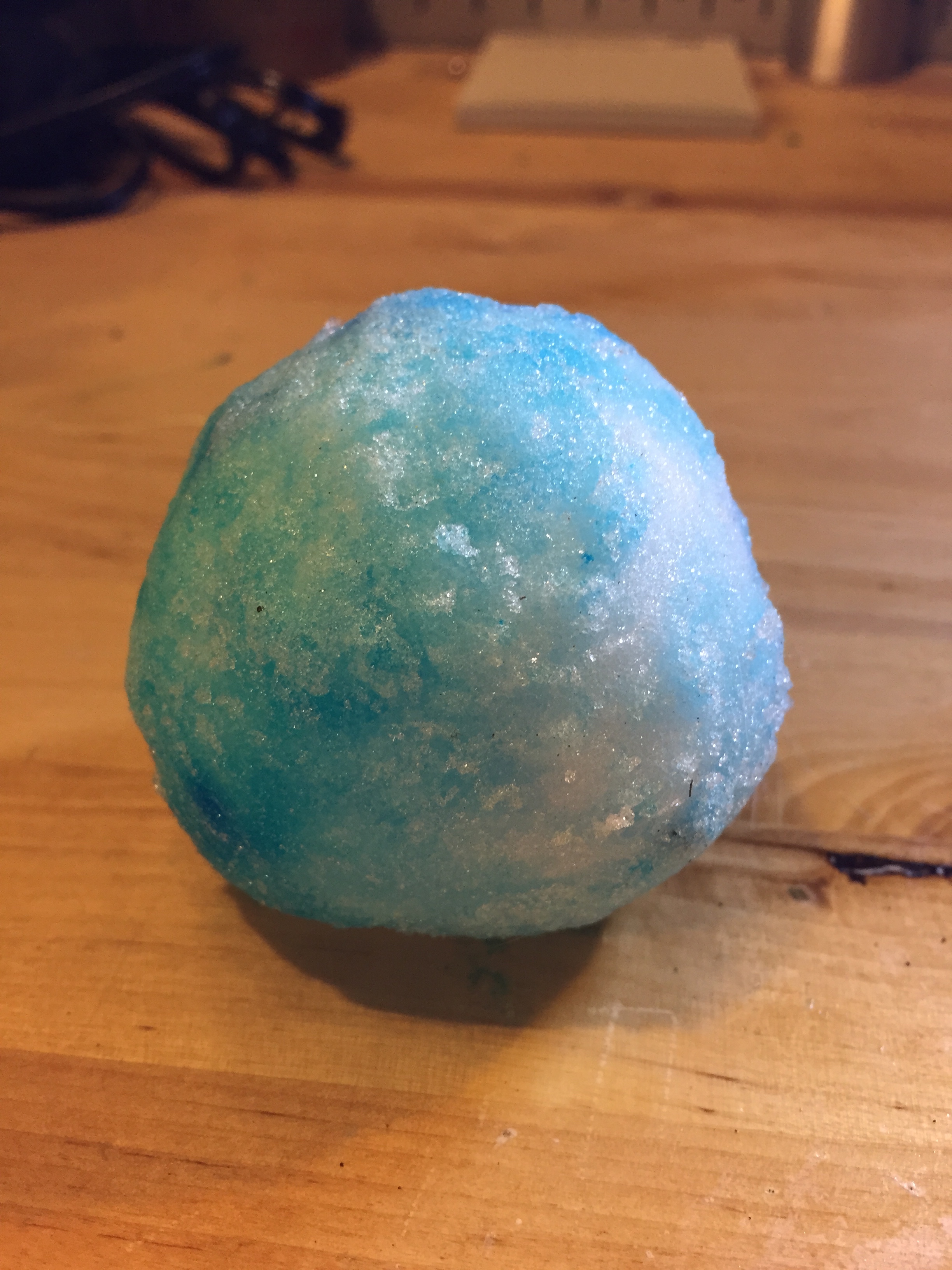 So, having the time to play and experiment is valuable and rewarding! Make sure you give yourself time to pursue your creative inclinations! Looking forward to pursuing other fascinating subjects in future posts!

Important Note: Please do not try this experiment at home without a trained professional. Working with extreme pressures and high voltages can be  extremely dangerous! Instead you could do what I did and apply food coloring to a snowball to make it look like you’re a science wiz! Oh, and as to the real reason there was a blue hue in the shoveled snow or in the glacier? I have no frigging idea! I have more important things to focus on! Try Googling it!

2 thoughts on “Blue ice crying in the rain”