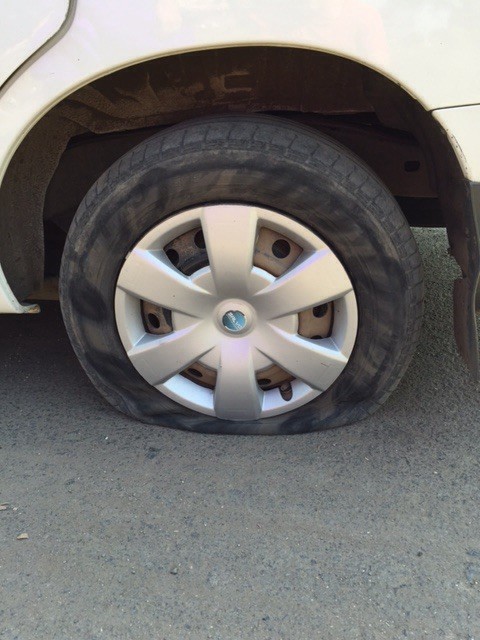 I have been on the road a lot. I thought that retirement would bring less time commuting, but my first 2 weeks in India have included a lot of time sitting in the car. It’s a big country. I have found India to be full of surprises, and this includes what happens on the roads. I consider myself a hardened New York city driver. I commuted by car for some 33 years and have dealt with traffic in the Bronx, in Manhattan, in Queens, and even in Brooklyn. I had thought (up to now) that I had seen it all on the road and that nothing could surprise me. After all, I saw a guy on the FDR highway cutting his nails behind the wheel! I have dealt with NYC cabbies, aggressive MTA bus drivers, crazy delivery guys (I’ve actually never seen a delivery woman) on bikes weaving through traffic and distracted pedestrians. There’s a great video on the web called “3 way traffic” created by the New Yorker magazine, if I’m not mistaken. It’s a bit dated (I think it would be even more extreme if done again today) but it shows a typical Manhattan intersection from above and how many near misses occur in a matter of three minutes…all set to the theme from Peter Gunn. It’s worth a look if you haven’t seen it.

Indian drivers have shown me that I am a rank amateur behind the wheel. I will try to describe how I’ve come to this conclusion, but as with all things in life, nothing can replace the experience. I guess the biggest difference between NYC and Indian driving is that here, laws are more like suggestions. Now we all know that drivers in New York and most of the U.S. look at the speed limit sign as the minimum speed. Most of us take liberties because we know that we can. There are certainly those few folks who flagrantly violate the law, blowing through stop signs and red lights, driving at high speed, making hazardous lane changes, and tailgating. Indian drivers have taken all of this to the next level! A good way to describe Indian roads is organized chaos. A better way to describe it is chaos. For most of your travel through villages and cities, your car is 2 millimeters away from at least one other vehicle (or pedestrian, cow, dog, vegetable stand). I cannot count the times in the first week and a half that I tried to hit the brakes while sitting in the passenger seat. I believe I have even let out an audible “SHHHHHHHIVA!” at a couple of points in anticipation of a collision.

Most cops in India don’t carry guns which, I think, is a testament to the more gentle nature of Indians. You will see some cops carrying sticks. Not a night stick mind you, I’m talking about a stick, like a small limb from a tree with the bark removed. This is obviously not enough firepower to dissuade drivers in India to comply with the law. As a result, all the things that we take for granted….stopping at red lights for example, and driving only in the direction of traffic are routinely violated. Of course, I’m just assuming there are laws against such things here. It’s quite possible that there are not.

Probably worth saying that Indian drivers start by driving on the wrong side of the car and the wrong side of the road. That is to say the steering wheel is in front of our passenger seat and they are driving on the left side of the road. Just about all of the vehicles are manual transmission so they are shifting with their left hands. In addition to the taxis, buses, bikes and pedestrians we deal with in New York ( I’ll even throw deer in there for those of us who commuted from the suburbs), Indian drivers also deal with stray dogs, goat herds, cows, as well as some pigs, roosters, monkeys, camels, and, wait for it, elephants! Add to this zoo, wicked potholes, Grand Canyon sized craters far worse than those left in the city after a tough winter. On top of all this, Indians are big believers in speed bumps, they have them on just about every main road coming into and leaving a village. You do not want to hit one of these at full speed or a visit to your chiropractor will be warranted.

In addition to the sights on the road, the sounds of Indian streets are different than their NYC counterparts. I would estimate that an Indian driver honks his or her horn 10,000 times to a New Yorkers’ one. Indians use their horn to signal their intention to pass (which is always),  to warn the neighboring vehicles, “I’m coming through!”, and to make suggestions to other drivers, like, “get moving, buddy!”. They beep their horns at pedestrians contemplating crossing, they beep their horns at other vehicles comtemplating making a turn into traffic, they will honk at cows and horses and dogs. In other words, when the wheels are turning, the car is honking.

Indian vehicles are not equipped wth any driver assist systems. If they were installed on Indian cars and trucks, they would surrender in about an hour. The system would overload and its poor circuit boards would become toast. Indian drivers seem to possess a sixth sense that could not be replicated by an algorithm. Google better stick to the U.S. and European markets for the self driving car. Unless they sell one to every single driver in India, it ain’t gonna work here.

The fascinating thing is that none of this cacophony seems to be malicious. As I watched from the vantage point of the passenger seat, I have not seen or heard one expletive uttered or one gesture displayed from either my driver or any other driver. Now I hope you will not think less of me when I confess to you that EVERY time I honked my horn in NYC, it was accompanied by some assertion about the other driver’s mother. In my defense, I did not honk very much, but in the spirit of full disclosure, drivers who cut me off usually got the expletive without the horn. For that matter, if I was tired, the driver who honked at me, would also get a few choice words. The horn in India is simply a form of communication, a way to augment peripheral vision. It’s their way of telling each other where they are and where they are going. It seems very much similar to migratory birds, who are constantly squawking at one another for the entire trip. And it seems to work extremely well for both birds and Indians! In almost 2 weeks, I just saw my first 2 car collision today. I would contrast this to NYC, where I would estimate I saw (and thankfully wasn’t involved in) about 3 multiple car collisions per commuting day! Again, in full disclosure, I did see two Indian trucks rolled over off the side of the road in my time here. In addition, I did see several dogs and one cow that were hit by cars, but this is significantly less than the deer, raccoons, and squirrels I see hit by drivers back home.

Indian trucks actually encourage the use of horns as you can see in the picture. All I’ll say is you don’t have to ask an Indian driver twice! 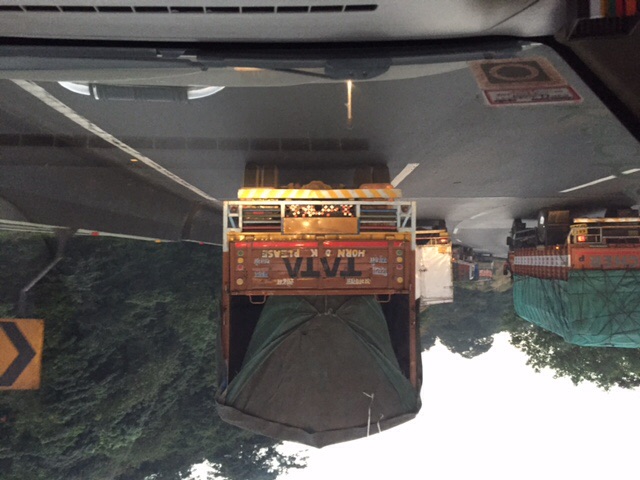 Whereas the use of horns is ubiquitous; turn signals; not so much. Car manufacturers could save costs in their vehicles shipped to India by eliminating turn signals and the lights associated with them. Indian drivers do not use turn signals, period! I have seen a few drivers throw out a half hearted hand turn signal, but this is reserved for dramatic maneuvers like crossing three lanes of traffic to make a right turn from the left lane. Indian drivers never signal their intentions via flashing lights.

This all makes for a wonderful dance on the road (wonderful, mind you, as long as I don’t have to drive in it!), whereas, NYC driving is rather like a march. The moves on Indian roads are fluid and graceful and, if they were set to music, I picture the Blue Danube playing in the background.

Although there is a lot more to say on the subject including things I’ve seen on the sides of the road, the most popular brands of autos on Indian roads, maximum number of people I’ve seen on a motorcycle (ok, it was 5), for now I’ll just share what a couple of natives said to me regarding Indian driving.

After the 100th driver cut out in front of him on the road to Mumbai, one of my drivers, Balu, turned to me calmly and said, “Indian drivers, no discipline” (BTW- this was the same guy who, when I asked him if he followed cricket, India’s national past time, he told me no, that he follows WWF! In case you were wondering, John Cena is his favorite wrestler!)

But my favorite quote is from the parking attendant in Old Delhi who summed it up best when he said, “Indian driving is like a video game!”

On the road again today back to Delhi. Ladies and gentlemen, start your engines! Honk, honk! 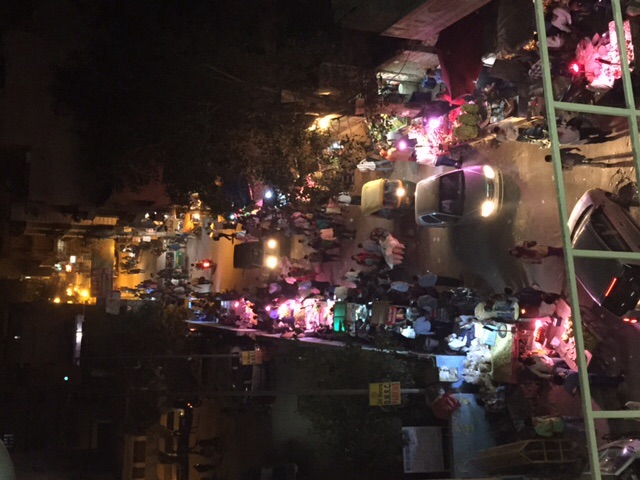