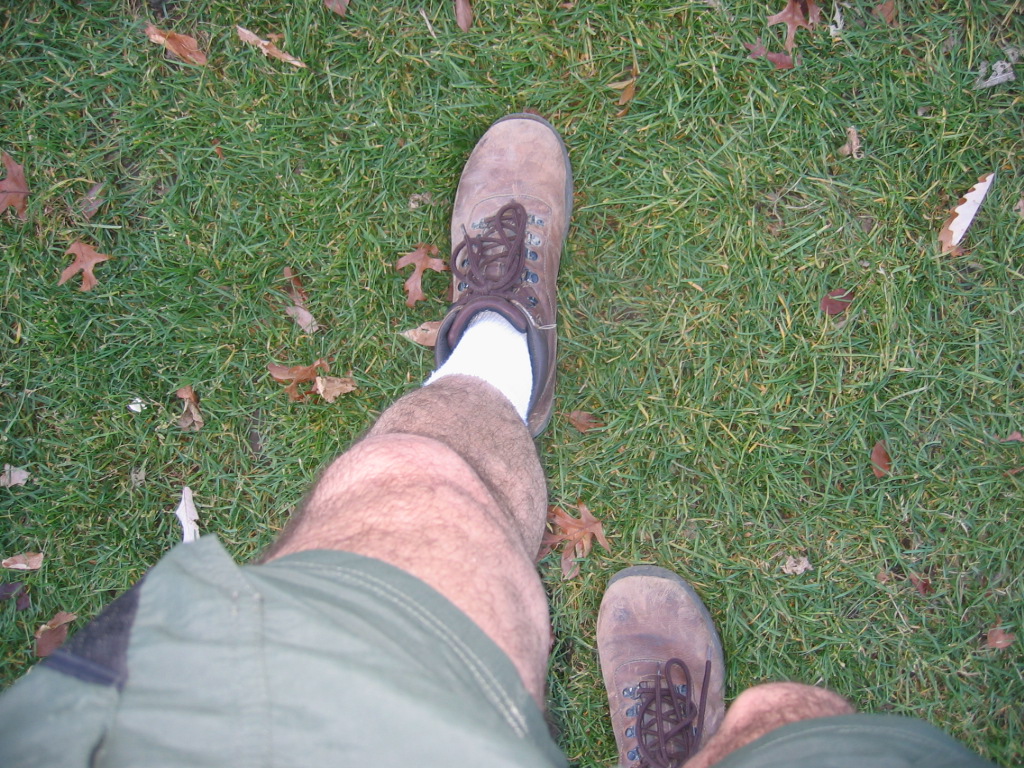 I have been back in the States since Monday, jet-lagged and adjusting to the weather and the fact that I now have to squeeze a bunch of Christmas preparation into the next couple of weeks. Glad to be back though! The trip was wonderful and unforgettable. I feel compelled to share some additional thoughts on the trip.

After saying good bye to Chencho and Lecden, my partners in crime for 18 days, I left Bhutan and headed back to India. I made my way through Guwahati and Calcutta to the city of Varanasi. I was really looking forward to this visit as I had heard so much about the place. As with most things in India, reading or hearing about it never fully prepared me for what I experienced. Varanasi has a reputation as being one of the most spiritual places on earth. Varanasi is to Hindus what Mecca is to Muslims. Given that reputation, I had a picture in my mind of a quieter, calmer, and more peaceful place than the other cities I visited in India. I should have known better.

Varanasi has all the noise and bustle of the other cities overlayed upon the deep spiritual aspects of the city. Here’s how it went down for me. After a full day of travel by car and plane, I reached Varanasi airport in the evening. My driver picked me up and drove me to my hotel. On the way, I saw no less than 20 wedding ceremonies! You should know that Indians pay attention to astrology when it comes to picking a wedding date and it turned out that I had arrived on an auspicious day for marriage! Weddings EVERYWHERE!! Now when I say I saw “wedding ceremonies”, picture a parade with blasting music coming from a humongous boom box and huge speakers and/or a marching band. Men and women of the wedding party, as well as family and friends march down the street and periodically break into dance like they are having an ecstatic religious experience!

The cars in the parade are decorated with lights and flowers, some processions include horse drawn carriages for the bride and groom, women are dressed in their brightest, most festive Saris, most men are in suits, but there doesn’t seem to be a strict dress code. It’s come as you are!! For reasons that escape me, there were 8 or 10 or 16 people with 3 or 4 foot high candelabras on their heads.  The men and women were mostly separate, dancing with each other. The bride and groom were dressed  like maharaja and princess! There were fireworks going off and sparklers being lit for added affect. So it’s sort of a combination of the Macy’s Thanksgiving Day parade, the 4th of July, and Club 54 (I’m dating myself again).

I’ve already described India’s streets in a previous post. Add wedding parades to the list and what you have is massive gridlock! There were two parades happening on the street in front of my hotel and traffic was just about at a standstill. I made it to my room and although sleep was tempting, I couldn’t resist going down and watching a little more of the chaos. By the time I had returned, traffic was completely stopped in both directions, with cars and motorcycles honking like crazy. But it did not matter one bit to the revelers! They were dancing away, completely oblivious to anything going on around them! And besides, the boom box and band was so loud, it drowned out the car horns. I settled in front of the hotel at a safe distance from drivers who were trying to get around the jam. I had just spend 18 days in quiet, peaceful, bucolic Bhutan and my senses were now being assaulted by colors and noise and movement (people, not so much cars). There was more kinetic and potential energy present in this 15 minutes than in my entire 18 days in Bhutan! The contrast was astounding! India was welcoming me back!

As I stood there taking it all in, two gentlemen in their 60’s started up a conversation with me. I found out that they were friends of 42 years, that they had gone to school together, worked in the shipping business together, and retired together. They lived near one another and talked to each other on the phone religiously 1 or 2 times per day! Now THIS was a friendship!

The next thing I know, one of them takes me by the hand (just a note here….it is very common to see two straight boys or men holding hands or arm in arm in India. You see more display of public affection between men than between husband and wife! This takes some getting used to coming from our culture.) and I am in one of the 3 wedding ceremonies that were taking place at my hotel! Now I want you to ponder this…can you imagine inviting a complete stranger and foreigner to your nieces wedding on the spot?! Well, that’s exactly what happened here! I think it would be worth a read of Jyotin Thaker’s recent comment on one of my posts. He explains the mentality of most Indians very well. I think it boils down to this…guests are treated as divinity. All the great prophets and poets through the ages have told us we are all one in God. Well, let me tell you something my friends, these people live this! This is not just a concept to them. It is absolutely ingrained in their being and it is absolutely beautiful to be on the receiving end of it.

So now, I am in the wedding ceremony. I am the only non- Indian, non-Hindu in attendance. It also seems that I am the only person over 6 feet tall in attendance. And I was in jeans and a tee shirt. I could not have been more of an odd duck at this ceremony with 250 other people. I will also say, I could not have felt more welcomed. I was introduced to many folks in attendance, I was given food and drink (all non-alcoholic). I was encouraged to eat more by a number of people. It was absolutely amazing! Fifteen minutes earlier, I didn’t know these folks from Adam and now we are hanging out like lifelong friends! This takes some time for our western minds to wrap around this, but I tell you it is absolutely lovely and wonderful! There is no such thing as a stranger. We are all brothers and sisters! If more of the world adopted this philosophy, well, you can imagine how the headlines of the daily papers would change.

My new friend, Mr. Singh is planning on visiting the States to see his daughter in Boston next summer and I can only hope that I can be half as gracious when he’s in town as he and his family were to me. The wedding ceremonies typically go on into the wee hours of the morning but I was fading fast and I had a busy day planned so I said good night after trading email addresses.

Over the next two days, I experienced Varanasi, a city that is on the banks of and centers around the Ganges river. There are two things that I wanted to experience in Varanasi, the morning and evening rituals along the Ganges, known to locals as the Ganga.  I would like to describe the morning rituals to you since they were my favorite. I woke up at 4:30am to be at the river by 5:30am. The city streets are quiet at that time. I made my way with my guide to the river bank and boarded a row boat with a young man at the helm. I bought a small, floating candle for a tribute on the river as we readied to set sail. It was still dark and our oarsman took us south against the current. The activities along the river were just getting started. You see many tourists lining up to board their boats, both manual and mechanized. You see locals taking their morning bath and swim. You see the laundrymen washing, rinsing and beating on the rocks sheets, towels and clothes and then laying them out to dry on the steps of the ghats. You see beggars and hawkers, you see monkeys and parrots and cows, and you see people praying and chanting. Then you come to the smaller of two crematoriums. Although I knew about the cremations, nothing can really prepare you for this sight. Varanasi is a place where Hindu’s come to die. If they die elsewhere, family members will make the journey with them so they can be cremated on the Ganga. There is a ceremony that occurs once they are here. The family carries the wrapped body in and circles the platform three times and then the body is laid down on the platform, head always facing north. The eldest son then circles the body three more times. The straw and wood is then lit on fire as the family stands around it and watches. Once again, one of the huge cultural differences between east and west is apparent here. In our society, we tend to hide death away. The funeral director takes care of the body without our involvement, he dresses up the body in its Sunday best, and applies make up so that people at the wake comment, “Oh, she looks so good!”.  In India, death is up close and personal. The family takes the body to the ghat usually within hours of death. The body is wrapped in sheets. There is no makeup applied. There is no intermediary. You look at your dead loved one and take care of them yourself, right up to the time they are burned. You bring them there and as you witness the cremation, three hours later, there is nothing left but ashes. I also noticed there was no wailing or crying. Death seems to be more accepted as a part of life in India. It may also stem from the believe in reincarnation. You get many tries at life until you get it right.

All of this is going on along the shore. But there is more happening on the water. Migratory birds that look like smaller, cuter seagulls are being called by people in boats. These birds have learned that the calls mean food. They swarm in by the thousands like dive bombers around the boats. People are lighting candles and sending them out with their intentions floating down the river. (I lit mine for my dad). At around 6:30am, the sun is making its grand entrance signaling the start of a new day. It was magnificent! It was special for me because I had not seen one during my entire time in Bhutan!

Your eyes are pulled in so many different directions, you really don’t know which way to look. Something amazing is happening everywhere! It’s all beautiful and sad and somber and happy and glorious and sublime and overwhelming and spiritual and dirty and awe inspiring simply depending on which way your eyes happen to be facing in that particular moment!

So the stay in Varanasi started with ceremonies of new beginnings, unions, and creation and ended with dissolution, finality, and endings. And yet, as the new day’s sun rose above the horizon, there was the promise of light winning out over darkness and signaling that no ending is really final.

Hindu’s believe in 3 main deities, Brahma, the Creator, Vishnu, the Preserver, and Shiva, the Destroyer. The ceremonies in Varanasi are a reminder that the 3 are a package deal in this life. We can’t selectively choose one without getting the other two. 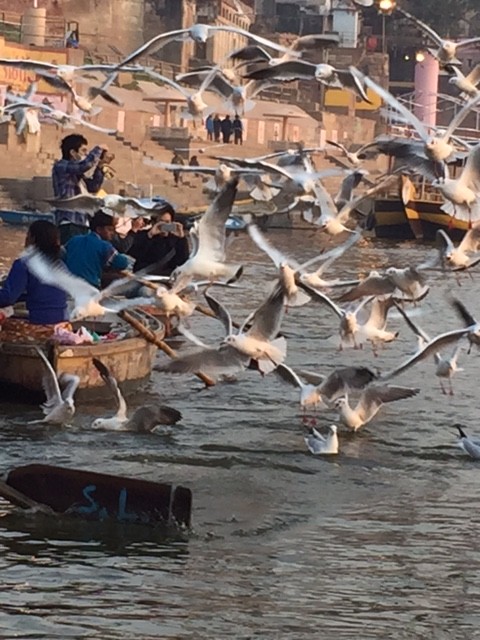 7 thoughts on “Masters of Ceremony”