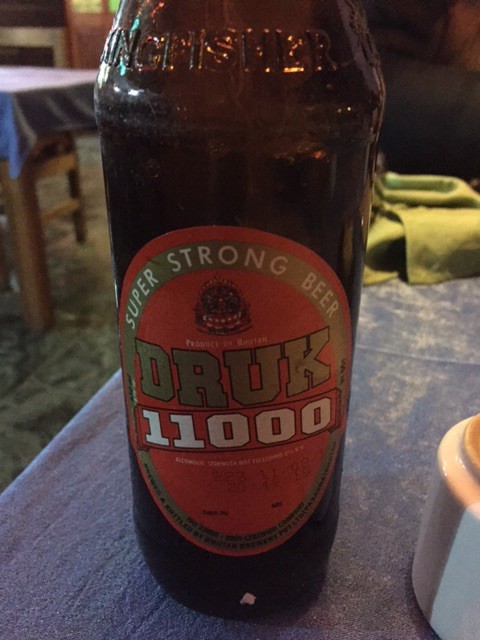 Almost since I arrived in Bhutan, my guide, Chencho has been asking about my interest in going out one night to what he referred to as an “Entertainment Center”. When I asked him what went on at a Bhutanese Entertainment Center, he typcially responded vaguely that women dance, you give them money and you drink beer. Now that sounds an awful lot like some of the places I hypothetically might have experienced while in college. Although Chencho and I had good communication, it wasn’t perfect because he wasnt fluent with the nuances of english and I wasnt fluent in any part of the Bhutanese language. Given the conservative nature of the Bhutanese culture (as well as Chencho), it really didn’t make sense that these Entertainment Centers would be seedy. On the other hand, these might be the places where all their repressed energy gets an outlet! For all I knew, Chencho could become a wildman at night! I wasn’t sure, so I pretty much just ignored the issue until the night came when we were in a town with an entertainment center.

When Chencho asked again (for the eighth time), a probed some more to see if I could bridge the understanding gap. He said something about traditional dress and that cultural dance is actually on the program from the tour company. These two facts alleviated some of my reservations, so I agreed to go.

Lecden drove us into town and pulled into the lot and right up to the place. The first thing I noticed was that the building had no windows. This was a bad sign. Most places I know of with no windows don’t want folks on the outside to see what’s going on inside. The only exceptions I can think of are Las Vegas casinos and church, where they generally don’t want those on the inside to know what’s going on outside. We opened the door and entered. Next thing I noticed was the room was dark, very dark, with only red lights on the ceiling lighting the room. My spidey senses were tingling.  As my eyes adjusted to the darkness, I noticed a few men scattered around the room in chairs and drinking. My eyes finally made it to the stage, the only brightly lit part of the room, where two women were singing under a mini disco ball. To my relief, these women were indeed fully dressed in traditional Bhutanese clothes. In fact, the only parts of their bodies that were visable were their heads and hands.

The women were doing their best at singing karaoke style to a popular Bhutanese song. They got an “A” for effort, but they sounded like 2 cats fighting. This is not unusual for karaoke where various audience members come on stage to get their 3 minutes of stardom, but these women I soon realized, WERE the entertainment for the Entertainment Center. The women alternated singing verses with the non-singing partner mouthing the words of the song while the other sang. The reason I mention this is that the non-singing partner consistently seemed to know the words of the song while the singing partner consistently needed help with her lines. The non-singer would say the words quickly to the singer, between lines, kind of like Garth Brooks during an audience participation number. This happened both ways through the entire song. I’m not sure why they didn’t just reverse their lines and everything would have worked perfectly.

The women seemed cpmpletely disinterested in the audience, but they cracked each other up frequently. Similarly, it seemed that the audience was pretty disinterested in what was happening on stage because when they finished a song, there was no applause, not even a single clap. The guys in the audience were talking and joking and drinking, that is, with the exception of Chencho. When I turned to ask him if they clap in Bhutan, I noticed he was completely engrossed and enthralled with the action on the stage. He was transfixed. It was like he was waiting for weeks for this night! Never mind the majestic mountains, the scenic river valleys, the ancient temples, this seemed like the highlight of his trip! There he was with his coke in front of him, perfectly content.

The DJ announced over the speakers who the next performer was and then proceeded to scroll through the playlist to get to the desired song. So over the next 2 minutes, I heard Bhutan’s entire top 40 list of songs….a 3 second portion of each. This reminded me of the way my daughter, Mo, listened to music when she was younger. I used to frequently ask her, “couldn’t we just listen to one song in its entirety?!”

Mercifully, the remaining performers did not sing. For the remainder of the evening, the women rotated on and off the stage and performed dances to songs while lip synching the words. In addition, they pantomimed using gestures to represent the thoughts and feelings conveyed in the song. For example, sleepy was depicted by a yawn; which in fact was exactly what I was depicting at this point.

The next woman chose a popular Bhutanese song which was a duet between a man and a woman so it looked a bit weird when she mouthed the words to the male singer’s part. But that really didn’t bother me. What did bother me was her sucking on a large candy while mouthing the words. I found this to be hugely distracting. I envisioned one of two things happening. Either the candy flying out of her mouth and hitting a guy in the front row or, worse, moving in the other direction and getting lodged in her throat. I mentally went through the stance and grip of the Heimlich in preparation for the latter. Although she was lip synching, she didn’t find it necessary to keep her mouth open for the entire note of the song. I guess it was no secret she was not singing, so why maintain the charade when you could be tasting all those delicious fruity flavors!

The other distracting thing was that I found myself trying to recall where I had seen her dance steps before. They looked vaguely familiar. Then I realized it was a hybrid between the Macarena and the Electric Slide.

Although Lecden had come in with us, I hadn’t seen him since we arrived. I was not sure what to make of this. Most times while Chencho and I are hiking, he washes the car. I was always in the cleanest car in Bhutan! But as it was 8:30 at night, I can’t imagine he’d be outside with his bucket and sponge. My mind created a picture of him getting stewed at the bar and then driving us back to the hotel on the crazy Bhutanese roads….at night! I knew I couldn’t be designated driver nor did I know whether Chencho could drive. Or perhaps Lecden just ran into a friend and was chatting, which is exactly what happened.

I noticed a guy with a hoodie come in and sit down in the front row. The chair was sideways so I could only see him in profile. While the women on the stage lip synched, he did too, only better. He knew every word! I thought for a moment that perhaps he was one of the performers, but I came to the conclusion that he was just a “regular” at the center, and a music lover.

I had been nursing my beer (Druk 11000) and finished up, a clear sign in the U.S. that I was ready to go or ready for another (I was ready to go). I glanced over at Chencho who was still transfixed on the stage. He sensed my presence and asked if I was ready to go. I think my quick response told him yes, and now.

On the ride back to the hotel, he asked if we had anything like that at home. I said, “no Chencho, I’ve never seen anything quite like that before”. I think I was very diplomatic. 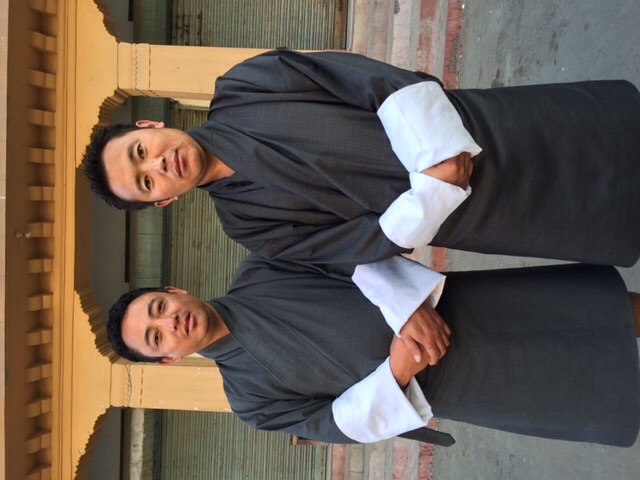