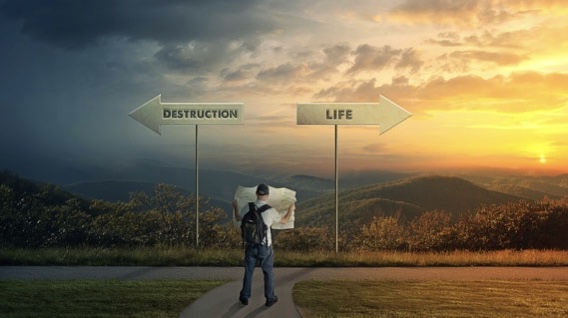 September 21st was designated by the United Nations as International Day of Peace. You could not be blamed for missing it as the news focused on war. We desperately need to move beyond a symbolic day for peace to a just and sustainable peace.

All people of all nations face three existential threats today.

-Pandemics- the COVID pandemic have taken over a million lives in the US and 6.5 million worldwide. Experts say that future pandemics will come at increased frequency. Pandemics are no longer one in one hundred year events and we must act accordingly.

-Climate change has resulted in more frequent and more intense storms, floods, droughts, fires, and killer heatwaves. Each day brings us closer to global tipping points that will accelerate the adverse effects on humans and all species.

-Nuclear annihilation- At one time, war was limited to the battlefield. It is now estimated that a full nuclear exchange between the US and Russia will kill some 5 billion humans. Even a smaller war between Indian and Pakistan could result in 2 billion dead. According to the Bulletin of Atomic Scientists, the Doomsday Clock is the closest to midnight since its creation some 70 years ago.

As long as we have nuclear weapons pointing at one another on a hair trigger and conflicts that can escalate by choice, mistake, or miscalculation, we are in grave danger. Experts agree that as long as these weapons exist, it is not a question of if they will be used, only when. It’s a nuclear sword of Damocles dangling over all of our heads. No longer is the bloodshed contained to the nations involved in the conflict. Now the world is impacted by the insanity of war. All 200 nations of the world can be destroyed by the actions of two nations. If the UN were a democratized body, this situation would not be allowed to continue.

Even the casual observer can see that threatening and killing each other over land, resources, or ideology will not create a just and lasting peace. Anyone can see that what we are doing is not sustainable and will ultimately lead to a vast increase in human suffering. We face a bleak future if we continue on this path. But we still have time to change course.

These threats are relatively new in the 200,000 years of human history. Therefore, new solutions are needed. We need to pursue peace more relentlessly than we have pursued war up to now. We have to find a way to end the wars in Europe, the Middle East, and Africa. This can only be done through diplomacy.

Militarism cannot solve the real threats to our safety, security, health and well-being. In fact, militarism only exacerbates these threats. We have to work to end military operations around the world. We have to stop threatening and killing one another. None of this is helping, it is only pouring fuel on the fire. The primary doctrine of the old paradigm is “might makes right” and the use of violence as the primary means to resolve conflicts. The old paradigm acts as distractions from and amplifiers of the real threats to everyone and everything we hold dear. A number of governments around the world are stuck in the old paradigm. It is a paradigm that needs to go into the dustbin of history alongside slavery, child labor, and treating women as chattel.

The only way we can solve the threats we face is together as an international community.

The only way we can create an international community is to build trust.

The only way we can build trust is to address the security concerns of ALL nations.

The only way to address the security concerns of all nations is through strong international organizations, verifiable international treaties, de-escalation of tensions, de-militarization, elimination of nuclear weapons, and relentless diplomacy.

The first step is to acknowledge that we are all in this together and that we can no longer afford to be threatening and killing one another over land, resources, and ideology. It is akin to fighting over deck chairs while the ship is on fire and sinking. We need to understand the truth in Dr. King’s words, “We will either learn to live together as brothers and sisters or perish together as fools. We will find our way to a just and sustainable peace…or else!