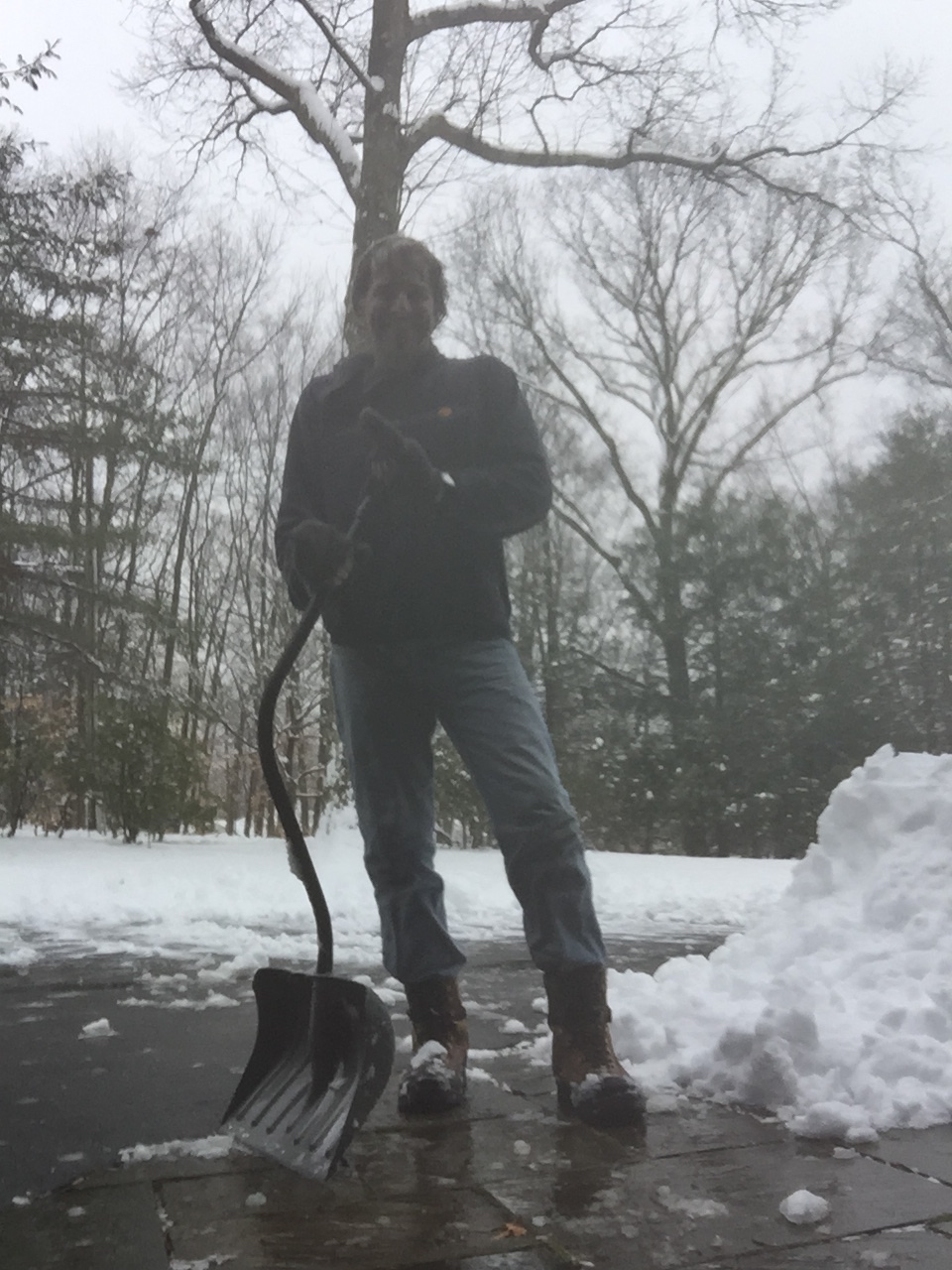 I shoveled my driveway today. I don’t think you had to sit down upon receiving this news because I would guess the majority of Americans (at least the ones that live in the northern climes) routinely perform this ritual after every snowfall. I would also guess that a fairly large portion of these folks have moved away from the traditional shovel in favor of the more efficient and less strenuous electric or gas snow thrower. Those folks in the northern reaches that get many feet of snow most winters, have probably attached a plow to their pickup truck and do it themselves with a couple of passes up and down the driveway.  And then there are the rest of the folks who pay someone to move their snow. This is typically the local lawn contractor with a plow attached to their truck or perhaps the neighborhood kids. My feeling is the neighborhood kid thing is no longer a thing. I haven’t had a single shovel wielding teenager ring my doorbell in like….ever.

The reason I think this event is remarkable is that it marks the first time I shoveled my driveway in almost 20 years. There are a number of reasons for this. First, I didn’t have a driveway for a while. I did have a parking spot so it’s not like shoveling was completely foreign to me. In those days I actually enjoyed clearing my car and shoveling the space around it first thing in the morning after a heavy snowfall. It was always so quiet and peaceful and it seemed like necessary and important work. I also made it a practice to shovel out my 83 year old neighbor, Kate’s car. She appreciated it greatly and usually reciprocated with spaghetti and meatballs, eggplant parm , or some other delicacy. It’s not that I expected anything in return, but I never turn down good Italian! I moved into this house 5 years ago, and between work and commuting, the last thing I had time for was shoveling so I outsourced it to a local guy with a pickup truck and a plow.

But things are different now. I am retired and I find myself without the aforementioned commuting and work which frees up something like 80 hours of the 168 hours I have in a week. So, this morning I decided, sort of on a whim, that I would give the driveway a shot. It was a 2.5 hour project and when I was done I was soaked with sweat and from the misty rain that had been falling most of the morning here in Connecticut. Not sure about you, but when I’m doing mindless tasks like shoveling, my mind wanders to many, many other thoughts. Some philosophers and scientists have pondered the question of where our thoughts come from. No one really knows. My heating serviceman, Brian was here last week to fix a stuck valve in my system and found himself humming a Twisted Sister song. He said that he had not heard that song in years and had no idea how it came to him. Inventors, scientists and artists have spoken of ideas that just came to them during these Eureka moments that solved a problem they had been working on or that resulted in the creation of something absolutely beautiful. Of course, there are also folks like David Berkowitz, the Son of Sam killer who, in the 1970’s,  heard voices who he says inspired him to kill.

I certainly don’t claim to have any additional insight into how our minds work, but I did want to share my inspirational thoughts that came to me while shoveling this morning. It went something like this.

Exhibit C- Therefore, there is a very high demand and fairly low supply of folks who clear driveways after a snowfall

The idea is for me to fill that apparent void and create my next business opportunity.

Let me run down the highlights of the business case with you.

I thought about how many driveways I could shovel in a day. There are 24 hours or so in a day, and it took me 2.5 hours to do mine. Let’s say, as I get in better shoveling shape, I could finish in 2 hours. That gives me 22 hours left to do additional driveways. If it take me 2 hours on average, that means I could do another 11 driveways. Since most of the guys with trucks around here charge around $50 to clear a driveway, I don’t think I could charge more than that unless I provided some additional services. Since I couldn’t initially think of anything else a homeowner would want other than a cleared driveway, I figured I would use $40 per driveway in my business model. Based on this rate, I could make…$40 x 11 or $440/day! Not too shabby! Some nice supplemental income could mean an extra vacation! But realistically, most folks don’t want to wait 22 hours to get their driveway clear, so I would only be able to get to 3 driveways in what would be considered a reasonable time. That would reduce my daily take to $120….unless….

Unless I could provide the additional service of having your driveway cleared within 3 hours of the storm. Now this is something that many people WOULD pay extra for! Here’s where I was truly inspired. This came to me just like the flash described by Einstein in developing his Theory of General Relativity or Newton in the development of a mathematical model for describing the forces of attraction in nature, or, more significantly, when Pietro Ferraro came up with the recipe for Nutella.

This morning I received cancelled class notifications from all the local yoga studios. I thought of all those people longing for exercise and unable to get it.

Exhibit D- there are a lot of people who like to work out but can’t on snowy days.

So here’s my idea….now follow me on this….Folks usually pay about $20/yoga class. I’m assuming it’s about the same for Pilates, Spin, Barre, or whatever the hell else people do to stay in shape these days. So, I take these concepts represented in Exhibits A-D and merge them together, becoming a middle man of sorts and, in the process, becoming Tony Robbins rich! You probably see the possibilities already, but I’ll spell them out for the less business-minded out there. Folks who miss their exercise because of snow will pay ME for their exercise to shovel driveways. Think about the genius of this concept! This ups my ability to clear many more driveways very quickly AND charge a premium because I’m guaranteeing a cleared driveway within 3 hours! I also make MORE money because these exercise hounds will PAY ME to get their heart rates up, their sweat on, and their muscles burning on driveways rather than on mats. Here’s the preliminary math…let’s say I get 500 members (aka employees) initially. They pay me $20 and I give them the best 2 hour workout of their lives that burns calories, slims waistlines, and builds muscle. So now instead of a measly 120 bucks a day, my total initial revenues (once money gets above a certain amount, we don’t call it money any more) are:

That’s right! I’d be making $50K per snowfall! If we have, say, 4 snowfalls per winter, that’s $200,000! You will notice that in my math, I used 500 and not 501 shovelers…that’s because I will no longer be shoveling. I’ll get one of the maniac members who wants more exercise to do my driveway for free. Anyway, I won’t be hanging around in these arctic conditions. I’ll be in the Caribbean counting my money on the beach!!

When I was working, snow caused nothing but grief for me…longer commutes, hazardous conditions, and budget overruns. Now, I can’t wait for the next snow! Judging from the forecast, this could be a profitable week!

And all I needed was a shovel and a dream!